Three sisters, but not by Chekhov

If you’re a relatively regular visitor here, you’ll be aware of a shadowy presence that wafts in and out occasionally to offer the odd guest blog and enigmatic comment. I refer, of course, to my brother, Ron (whose next contribution is long overdue). My other brother, Bob, has better things to do with his time, and reserves his bons mots and wit for face to face get-togethers. But I think we’re all in agreement about at least one thing – that we have three sisters whose dynamism and energy make us seem comatose.

The reason I mention this ‘fact’, which can be of no interest to anyone other than the six of us, is that I’m just back from a long weekend during which I benefitted from some of their energy and commitment. I won’t embarrass them by saying anything of their personal circumstances except to say that they’ve experienced (and continue to experience) various trials and tribulations connected with health and with loss, some of them particularly devastating. And yet they are the most positive, life-affirming people I know. If you were to spend time with them, you’d think they’d never had a sad or painful moment. The saying is that you can choose your friends but not your family – well, if I had been given the choice, I’d never have come up with something so right as the wonderful balance of my 5 siblings.

The main point of the weekend was a banquet. No, not a white tie and tails affair in a baronial hall with lukewarm institutional food and thick layers of pretension, but a superb Italian meal for 20 people, all prepared and cooked in my sister’s 12’ x 8’ kitchen and served on 2 tables for 10 in her dining-room/sitting room. My 3 sisters and a niece did the cooking and serving, duly kitted out as maids. The aperitifs, hors d’oeuvres, 4 courses, coffee and digestifs were all served efficiently without any waiting around, the wine flowed copiously, and everything was delicious. The evening’s main sound track was laughter and the overall profit was £680, which went to a cancer charity.

They hold these banquets maybe twice a year, interspersed with quiz nights, the occasional barbecue and the even more occasional ball. Admittedly, they love doing it and have great fun with all the preparations, but the mere thought of trying to organise and carry out such an event makes me want to lie down in a quiet room and dab my fevered brow with a silk handkerchief.

I’d love to draw a general conclusion about all this, some insight that would solve the various crises in the Middle East or lighten the burden of the diseased and threatened in Asia, Africa and , but that would be glib and artificial and have nothing to do with the uncomplicated joie de vivre that my sisters exude. So I just wanted to boast about them and make it known officially that I not only love and admire them but am in awe of the things they do.
Posted by Bill Kirton at 14:39 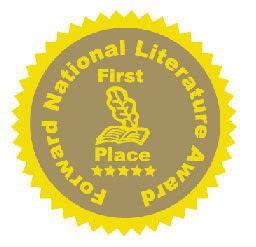 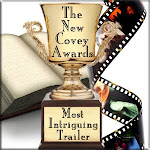